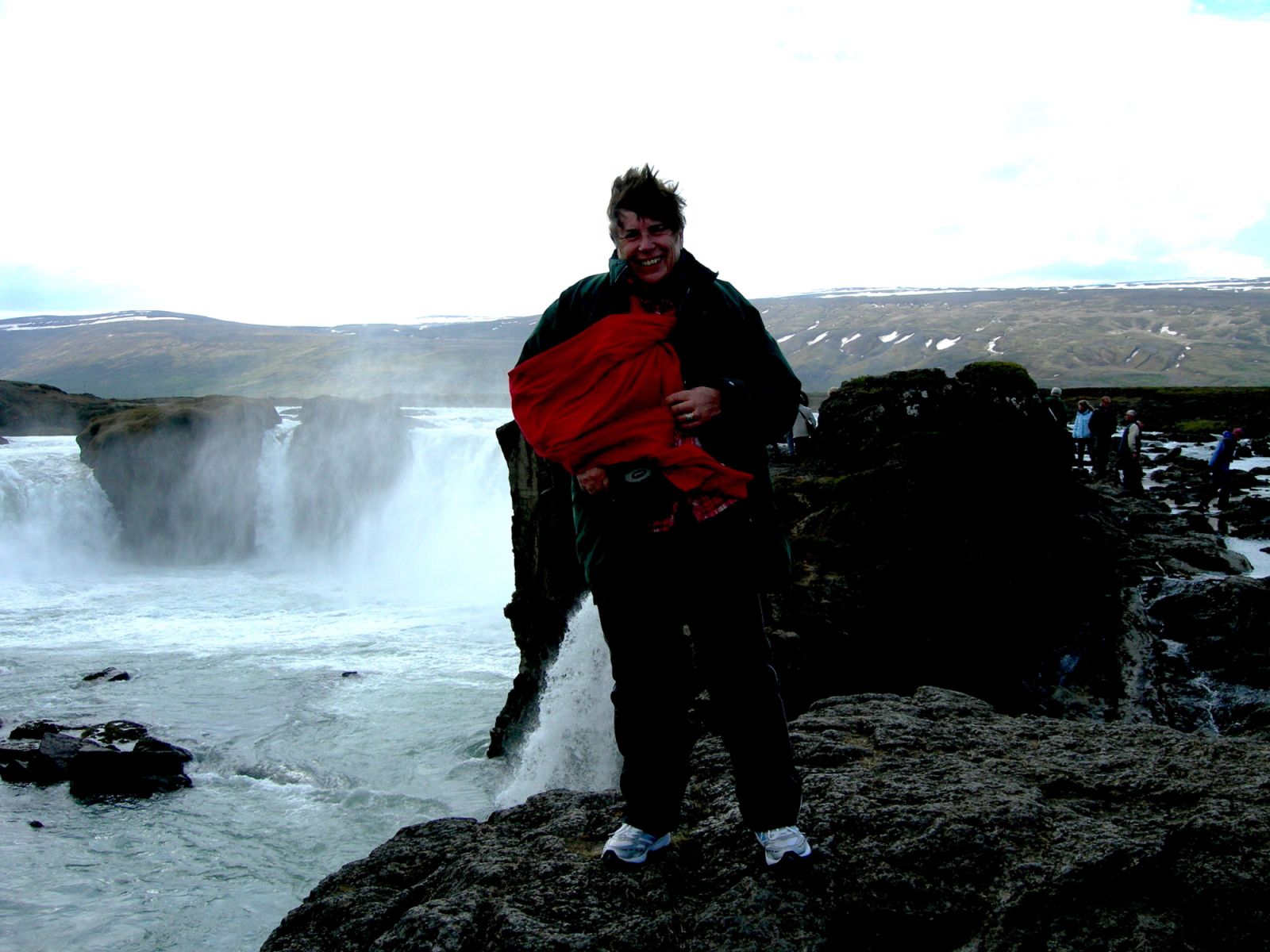 I’d always wanted to visit Iceland since studying Old Norse at university. It was the language of the Vikings, of the famous Old Norse sagas, and of Norse strongman, settler and explorer Leif Erikson – son of Eric the Red – who rowed himself and his hardy crew to Newfoundland, Canada, around AD1 000.

The language has hardly changed since Iceland’s first Viking settler built his farmstead in AD874 and named it Reykjavik, meaning “smoky bay” after the steam arising from the geothermal springs in the heart of the world’s most northernmost capital. Today, a special committee ensures that the language remains pure and creates new words for new concepts and technology. The Icelandic word for computer is tölva from tala (number) and völva (prophetess).

I sailed from Southampton aboard a small cruise vessel first to the Shetland Isles, home of Shetland ponies, sheep and the United Kingdom’s most northern town, Lerwick. Incidentally, the Isles are home to more sheep than people. Although the archipelago consists of more than a thousand islands, only 15 are inhabited. I visited Jarlshof, one of the UK’s most important archaeological sites, representing waves of settlement from the Vikings (who stayed here for more than 400 years) from medieval times to the present. 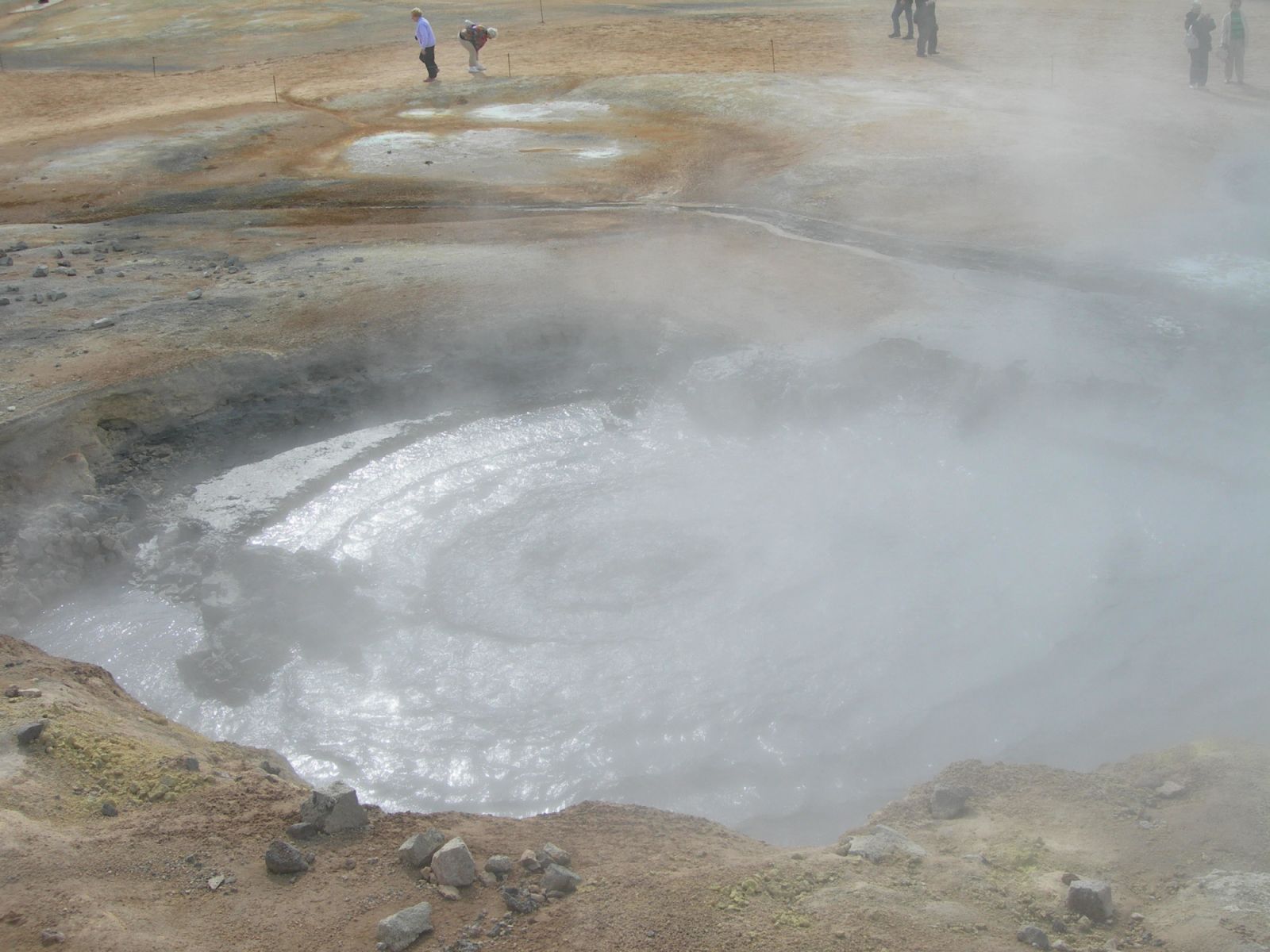 We then sailed on to the northern shores of Iceland and crossed the Arctic Circle. There’s no sunrise, no sunset. At midnight, I stood by the ship’s rail and saw the sun above the horizon.

And then Iceland itself. Expect a landscape unlike any other of dramatic volcano craters, lava lakes, majestic waterfalls, clouds of steam from geothermal pools misting the green and black countryside. Icelanders live along the shores, because most of the country’s interior consists of ice and glaciers and is uninhabitable. By law, all Icelanders must learn to swim. It’s a country still forming and there’s a volcanic eruption every five years or so. (Remember the 2010 major eruption that caused international airline havoc?)

The lava landscape is magnificent. One day, I scrambled over a geothermal field with seething sulphur pits, boiling mud pools, steam vents, bubbling hot springs and fumaroles (openings in the earth’s surface that emit steam and volcanic gases). 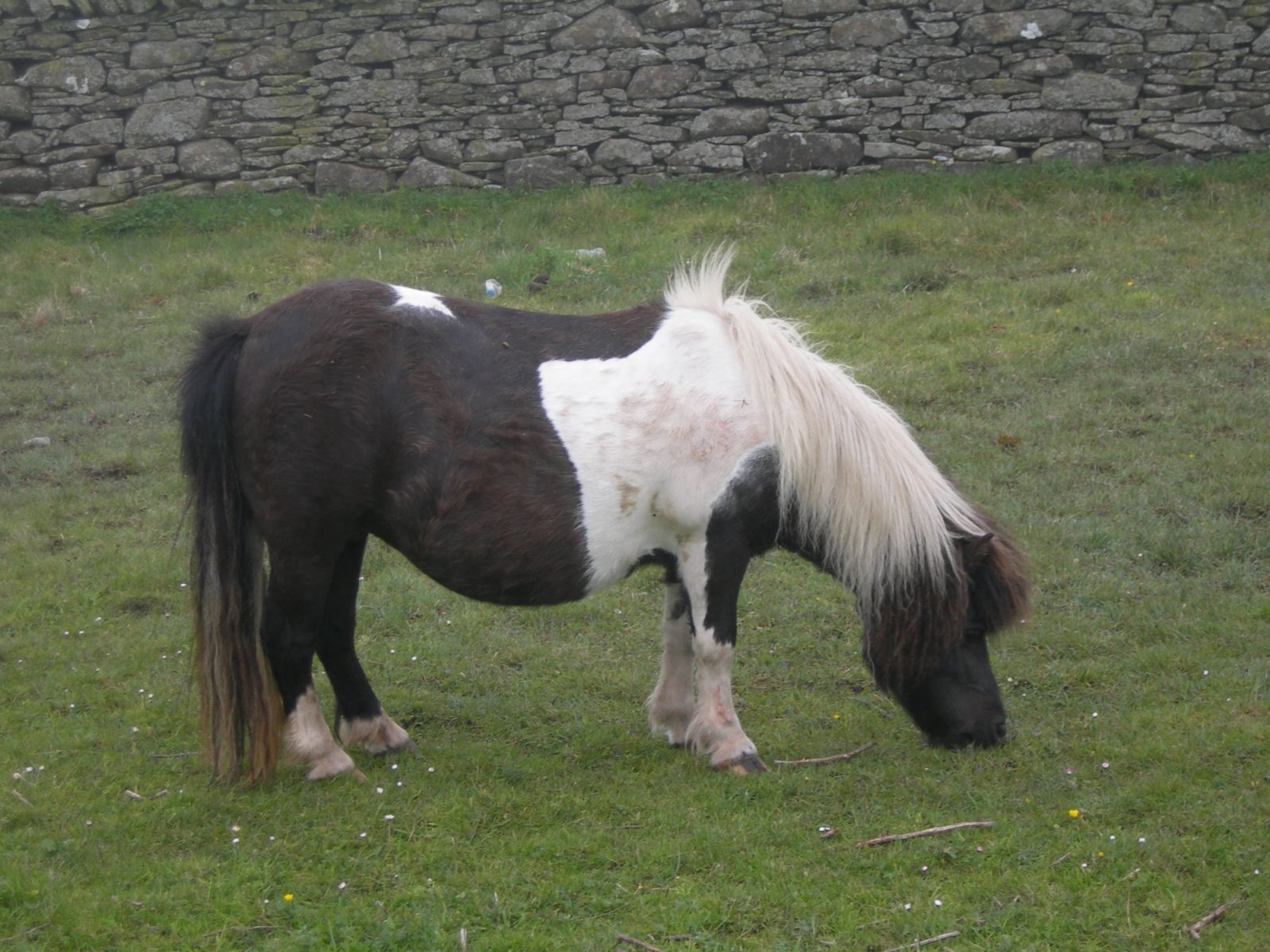 Heating is no problem in Iceland – which is just as well, because Icelanders rarely see the sun and even in summer the temperature averages only 15°C. Iceland is one of the world’s richest countries in unharnessed energy and is reputed to have the world’s cleanest air and freshest water. The locals bake “geyser bread”. Pop the dough into your own geothermal hole in your garden, leave it overnight and in the morning tuck into a freshly baked loaf.

For more than 900 years, horses were the only means of transport here. Today, these purebred ponies number over 80 000 and you’ll see them galloping on surefooted short legs with manes and tails flying over green fields ablaze with yellow marsh marigolds. Look out for reindeer, too, although the number of reindeer originally imported from Norway is now getting out of hand, so hunting is permitted.

But it’s the elves that rule this Game of Thrones landscape. Allegedly, over 70% of the population believe in these peaceful supernatural creatures that live in rocks and lava fields. Many a modern road has taken an unexpected twist or turn because the road builders refused to excavate or move an elvish rock dwelling. (Yes, there are also big and ugly trolls, but they keep to the highlands.)

I saw hardly one tree. The country is naked because of volcanic eruptions and soil erosion.

If you’re a birdwatcher, you’ll be in raptures. There are more than 300 species and Lake Myvatn in the north has over 17 species of duck (more than anywhere else in the world). Puffins abound on the coasts and the unique, fully protected Icelandic gyrfalcon is a mega tick. If you’re a fisherman, you can expect superb salmon fishing. 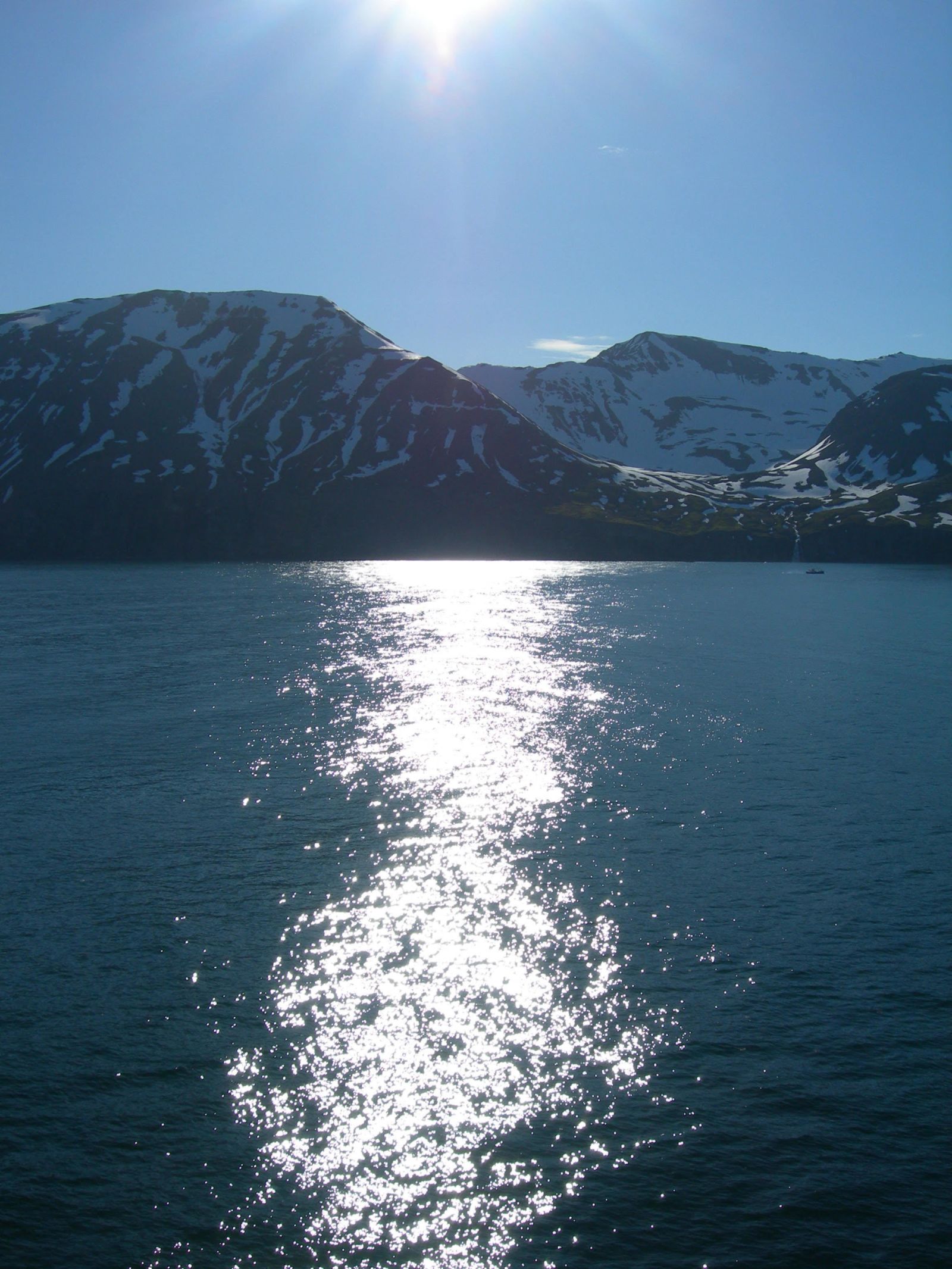 Must-see places are Godafoss, “the waterfall of the gods” where, in AD1000, Thorgeir, “lawspeaker” of the old Icelandic parliament (the oldest in the world), threw his carvings of the old Norse gods into the sea and declared that thenceforth Iceland would be a Christian country.

The great Geysir hot spring near Reykjavik is now mostly dormant, but I watched its smaller self Strokkur spouting an 18m-high column of boiling steam that blotted out the grey sky every eight minutes. If you visit Iceland in winter, then on a clear night you may well see the breathtaking northern lights.

Iceland is a small country with the sparsest population in Europe, approximately 357 000 people. But it’s certainly one of the most memorable I have visited.

Just after midnight I stood on deck as our ship ploughed through the North Atlantic. The sun was setting over the western horizon. The sea was pewter grey, the sun a pale yellow. The grey sky was streaked with pale pink and yellow. We were leaving the land of fire and ice.

What will I remember?

The friendly people. The surreal landscape of black lava, rolling green hills, snow-capped mountains and no trees. Brightly painted houses and steam everywhere rising from the ground. The cold wind. The remarkable history.

Go and see for yourself. 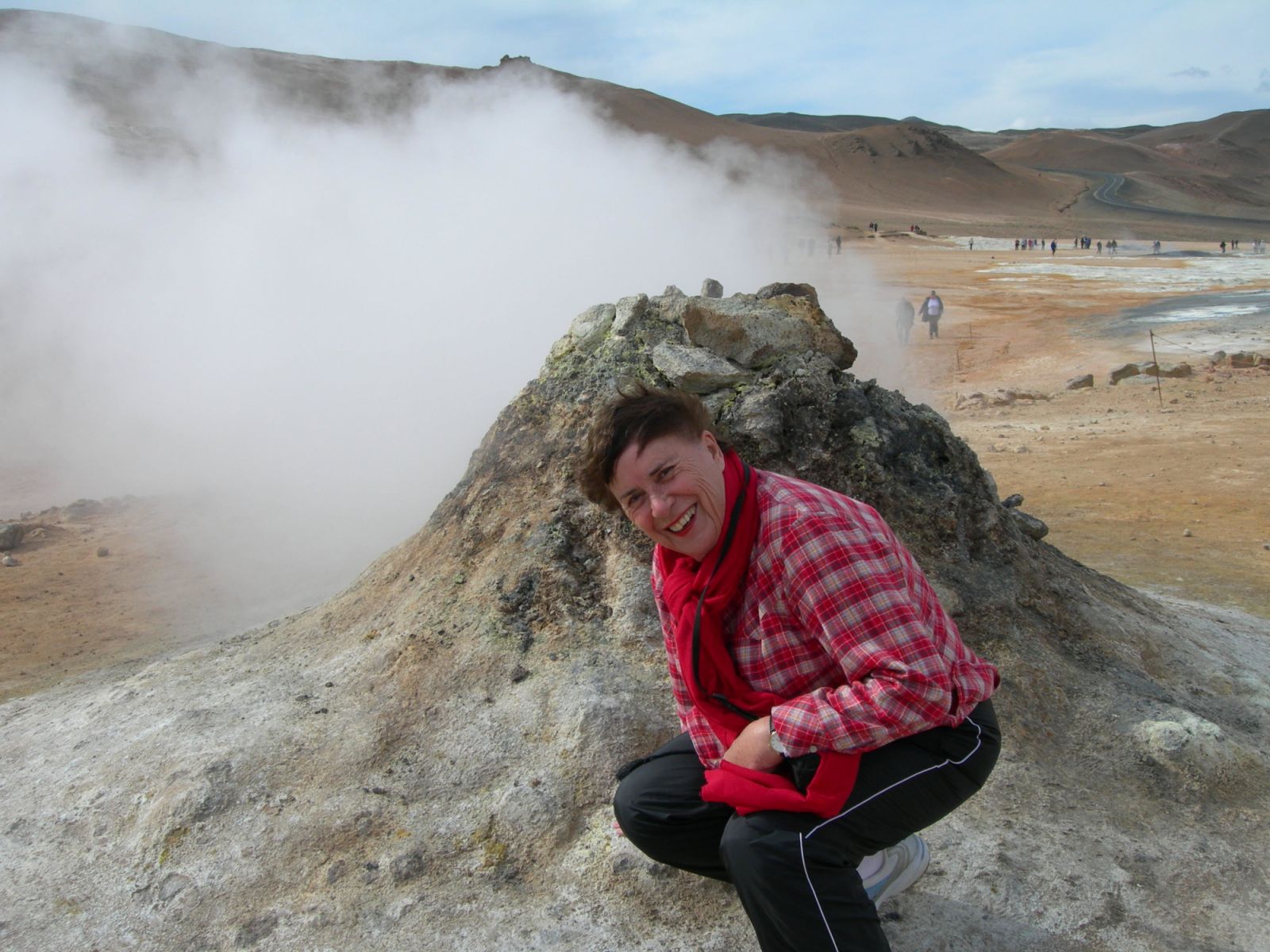 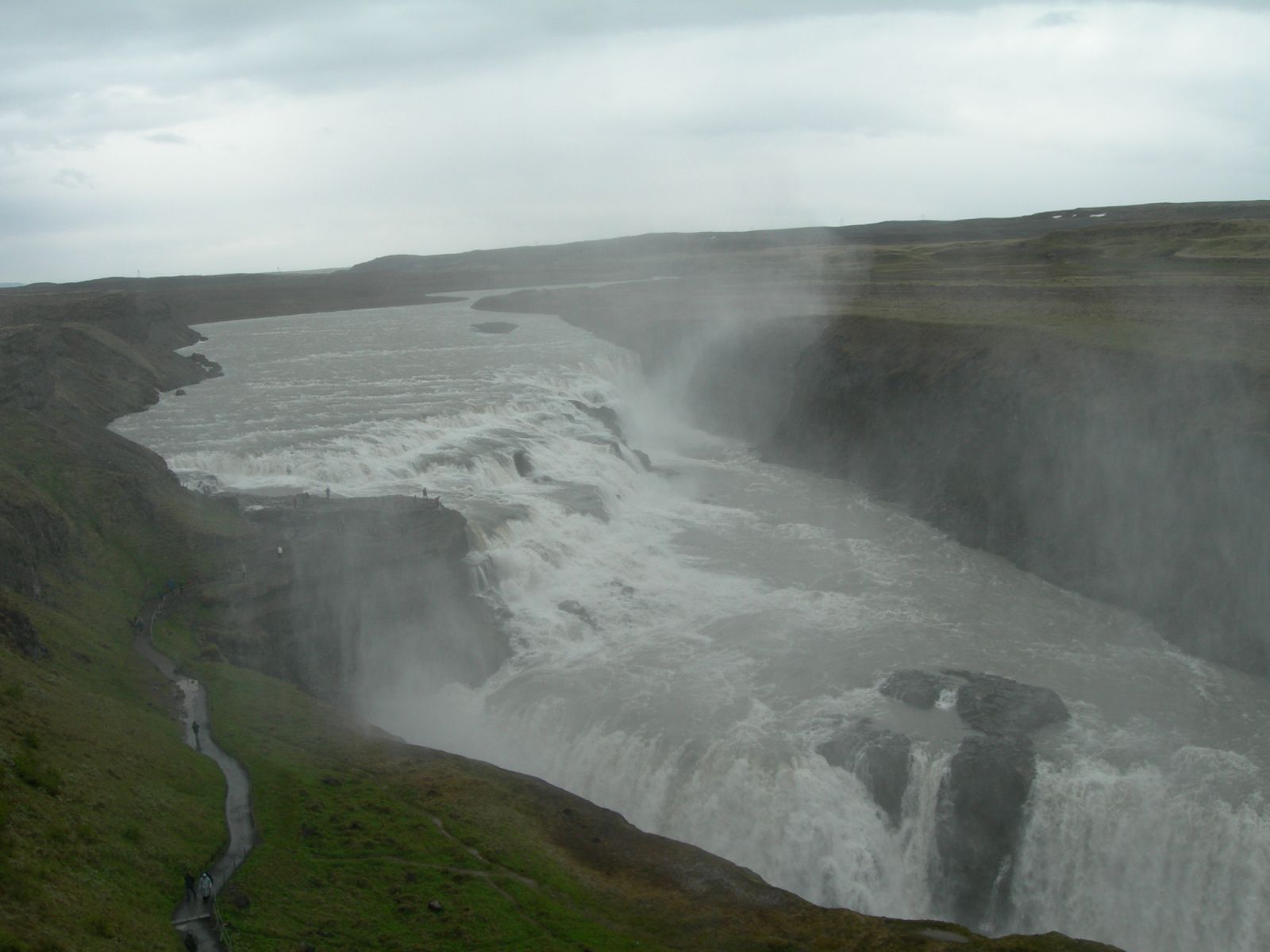 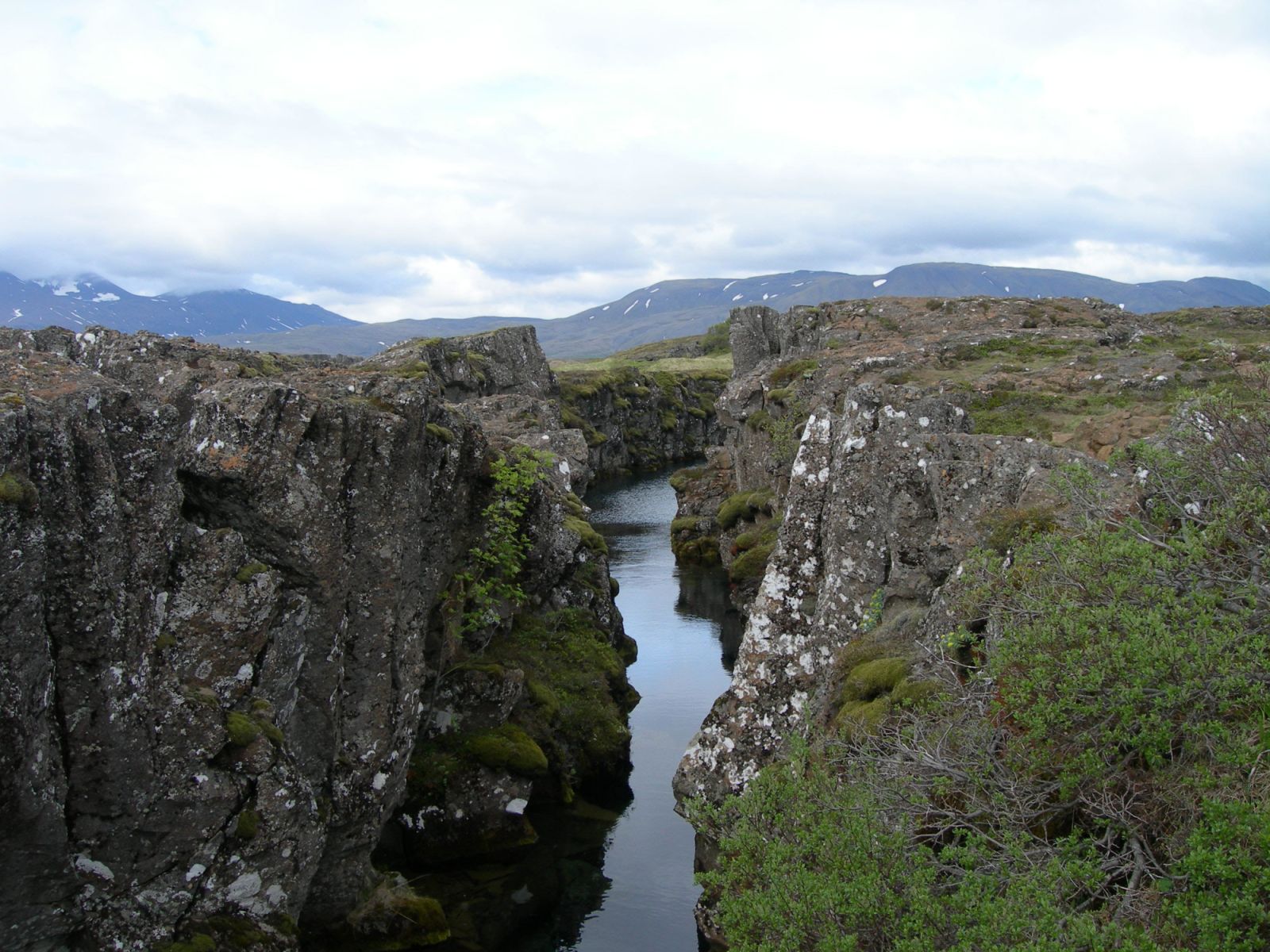 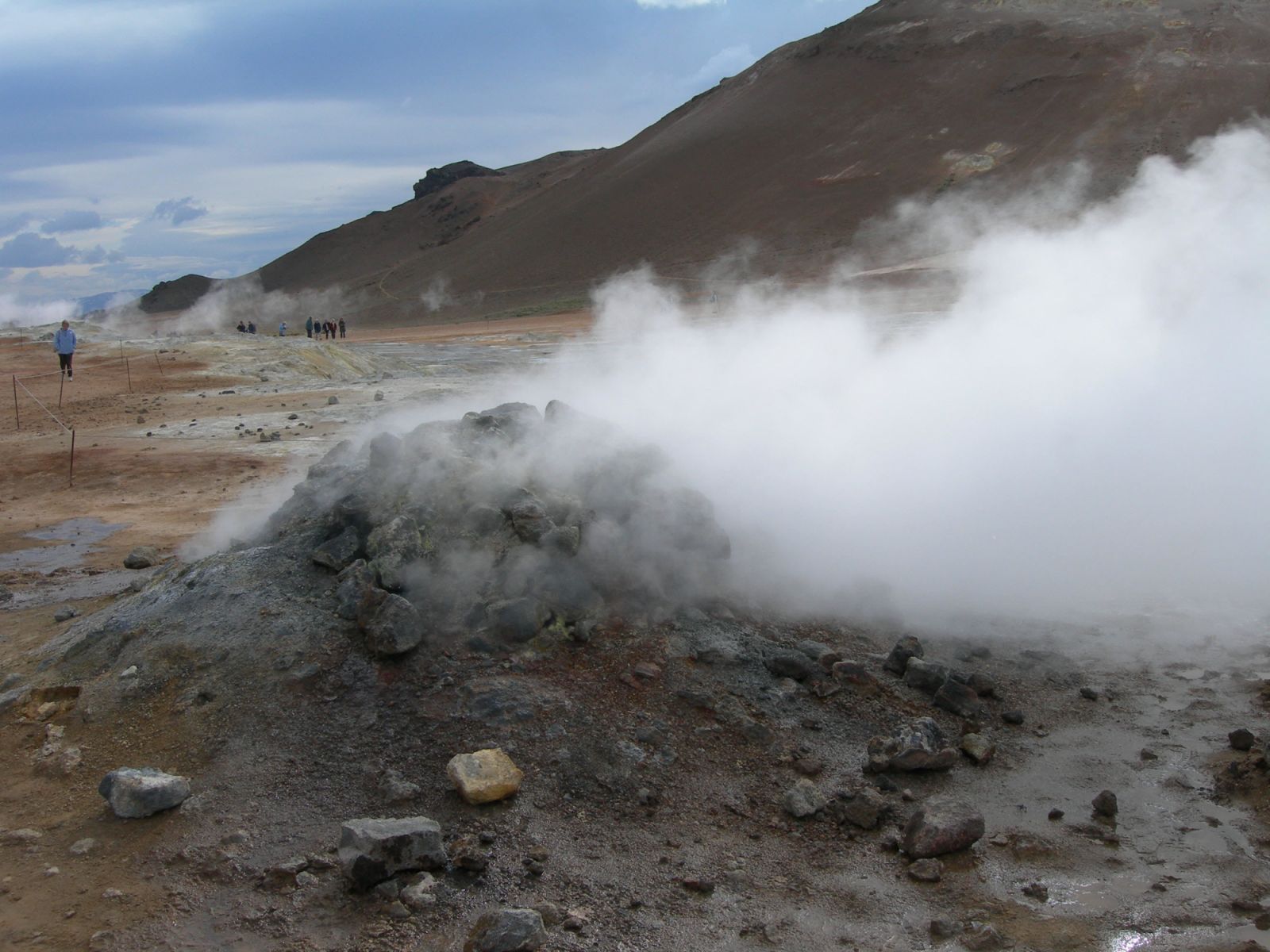